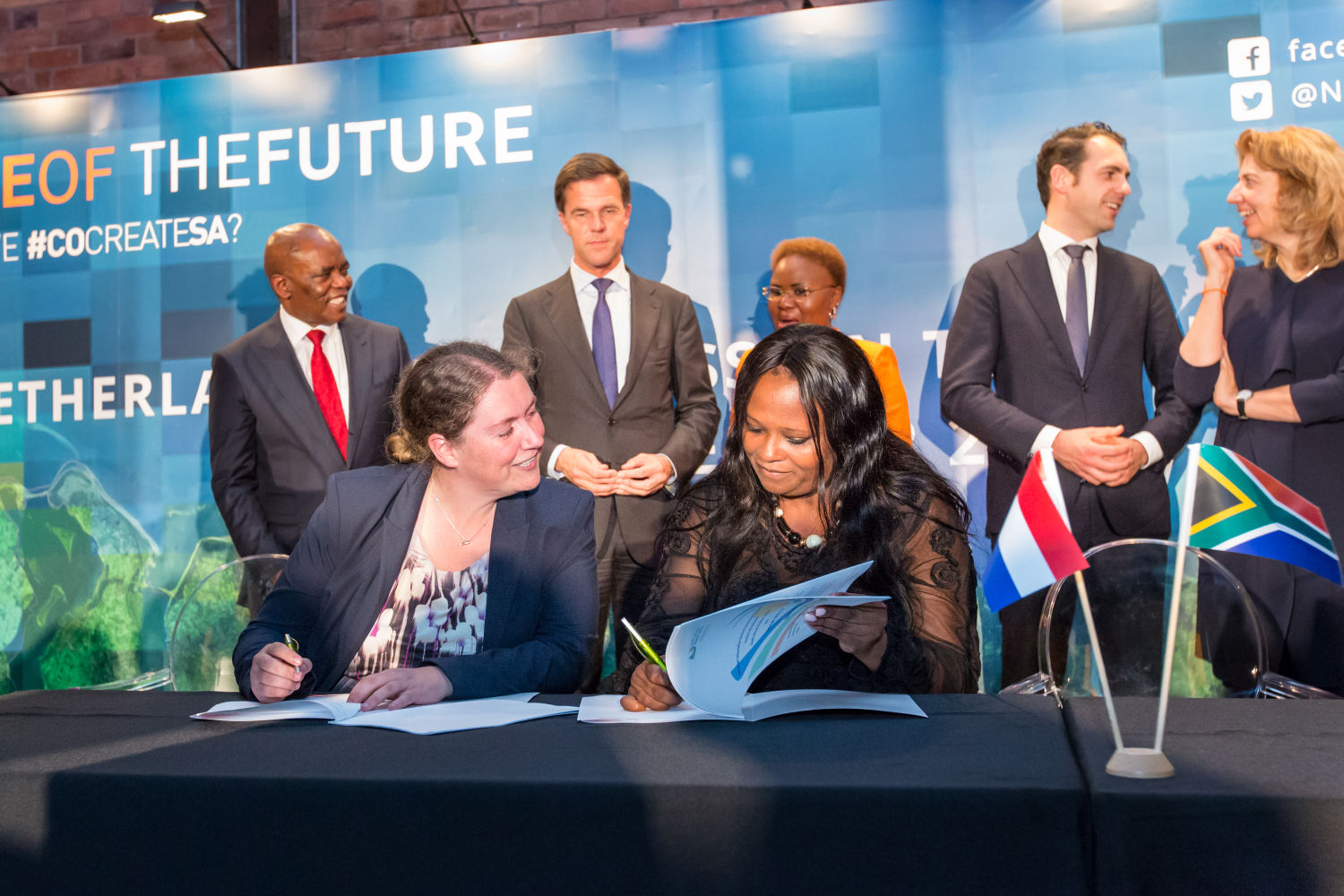 The signing ceremony took place in Newtown, Johannesburg in the presence of the Dutch Prime Minister Mark Rutte, who is on an official visit to South Africa.

The agreement covers the development and implementation of online rainfall management applications that will contribute to rainfall and water management in South Africa. As South Africa is a water scarce country, developing weather-smart applications could support more efficient water and rainfall management solutions to a number of weather sensitive organisations. With drought having occurred over South African regions over the past few years, as well as the expected effects of the current strong global El Niño phenomenon, the agreement and resultant cooperation comes at an appropriate time.

The signing of the agreement is followed by the seminar and launch of the rainfall application, under the theme, “every raindrop counts”.